Chillicothe Municipal Utilities has proposed a rate increase.  The announcement was made during a joint workshop session of the Chillicothe City Council and Board of Public Works on Wednesday.

“The budget, as presented, reflects no increase in water, waste water, or refuse rates. Electric rates are slated to increase by 8.1% on April 1, 2013. The contributing factors for the 8.1% ($720,800) electric rate increase include purchase power cost for FY 2013 which is expected to go up by 9% ($462,000) and capacity credit that we receive for our generating units is declining by 15% ($168,000) in May 2013 and another 20% ($216,000) in January 2014.  In addition, retail sales are down for the second consecutive year and material costs are increasing,” Jim Gillilan, general manager of Chillicothe Municipal Utilities, said during Wednesday’s meeting.

Gillilan declined to comment further on the projected increase. “Our budget, which includes the rate change, still has to be approved by the Chillicothe City Council. After [council] signs off on the increase, I will issue a press release and make comments at that time.”

The city’s entire budget is expected to be finalized on March 25th. 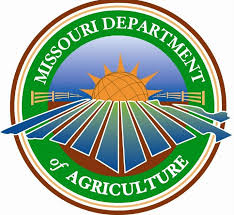