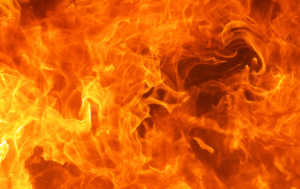 CHILLICOTHE — The Chillicothe Fire Department responded to a fire at a department store last night. According to a report, crews were dispatched to the automotive area of the Chillicothe Walmart store at 9:35 p.m. Thursday, Oct. 7. As firefighters were enroute, it was reported that the store employees were attempting to battle a vehicle fire with extinguishers. Upon arrival, fire crews found flames coming from under a vehicle’s hood and tire. Crews were able to extinguish the blaze and no damage was done to the inside of the vehicle. The owner of the vehicle stated it was the first time he had driven the vehicle in a month and that he had been inside the store for approximately an hour before the incident. No further details were given.

Odessa Talks of Sewer Repair at Their Meeting