CARROLLTON, Mo. — Authorities have released the names of two people killed in a head-on collision Tuesday morning in Carrollton.

A crash report has confirmed that the wreck happened at about 6:08 a.m. Thursday.

A vehicle driven by 51-year-old Bogard resident Monty J. Issacs was traveling south on 65 when his pick-up crossed the center line and struck a second vehicle, operated by 62-year-old Esther M. Gregg, of Carrollton, head-on.

After impacting Gregg’s car, Issacs reportedly traveled off the right side of the roadway, struck two mailboxes and came to rest. Gregg’s vehicle came to rest blocking the northbound lanes of Highway 65.

Issacs sustained moderate injuries in the collision and was taken to Carroll County Memorial Hospital to be treated.

Gregg and a passenger in her car, 45-year-old Norborne resident Spencer T. Alexander were both fatally injured in the crash and were pronounced dead at the scene. 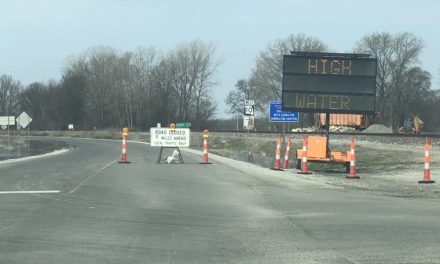 Missouri River falling at some locations, creeping back up slightly in others