Members of the US Senate were scheduled to tackle a key piece of farm legislation today but the process was canceled.  The ongoing project has the attention of farmers, agriculture groups and lawmakers who’s home state have a vested interest in the proposal.  Though it’s  known simply as the Farm Bill, US Secretary of Agriculture Tom Vilsack prefers to call it the Food Farm and Jobs Bill…

The Iowa native says it’s no surprise that direct payments will be replaced by another mechanism..

With the variety of concerns hanging in the balance for US farmers, Vilsack encourages political leaders to act quickly..

A coalition of farm groups asked Chairman Debbie Stabenow and Ranking Member Pat Roberts to hold off until at least after the recess that begins Friday. The request was signed by the Southern Peanut Farmers Federation, the Western Peanut Growers Association, the National Cotton Council, National Sorghum Producers, U.S. Rice Producers Association, USA Rice Federation and the Oklahoma Wheat Growers Association.  According to the group, the mark raises serious equity issues and grave concerns over planting distortions.  They would like more time to consider the legislation.

In other agriculture news, the rumor of a cow testing positive for BSE sent the cattle markets on the Mercantile Exchange to a limit down close Tuesday.  the number had a slight recovery in the overnight hours and into the open Wednesday morning.  An official with the Animal and Plant Health Inspection Service confirmed the results came from a dairy cow in central California.  The animal did not enter the U.S. food supply. 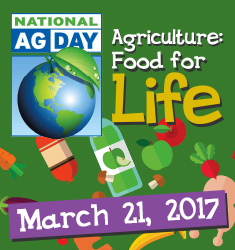