LAS VEGAS – US Agriculture Secretary Tom Vilsack told a packed audience of biodiesel supporters Thursday that the industry is helping create “a new dynamic in America.”

“The biodiesel industry is making us a more secure country, and the most exciting piece is that it’s not just limited to fuel and energy,” Vilsack said.  “Because of how innovative you are, with new technology and techniques…you’ve given birth to a biobased economy, and with that the possibility of a new American economy.”

He said dependence on foreign oil is less than 50 percent and dropping, “in large part because of the advancements this industry has made,” all while boosting farm income.

“We’ve had record farm income in large part because of this industry,” Vilsack said.  “It’s helping to promote job growth, it provides greater consumer choice, and reduces our dependence on foreign oil.”

“The reason you’re being challenged is because you’re winning,” Vilsack said.  “These challenges are a reflection of the good work you’ve done over last 20 years.  But there’s more work to do.”

The National Biodiesel Board praised Sec. Vilsack as one of the strongest advocates for renewable fuels in the nation, and presented him with the National Energy Leadership Award.

“I’ve witnessed the beginning of a rural renaissance that is remarkable, and you, sir, have presided over it,” said Joe Jobe, CEO of the National Biodiesel Board. “You went to bat for us in the successful expansion of the RFS, and for an issue like ours to go all the way to the top is extraordinary.  We can’t thank you enough for your leadership.”

Rather than a typical award, this one was embossed on a glass plate, apropos for the leader of American agriculture.

“You have the power to make us more energy secure, and still create enough food and fiber for the world.  That’s an amazing opportunity worth fighting for,” Vilsack said.  “You also have the ability to respond as a generation to climate change.  You’ve got to keep up the fight because the stakes are extraordinarily high.”

Biodiesel is an advanced biofuel made from sustainable resources such as soybean oil, recycled cooking oil and other fats and oils. It is the first and only EPA-designated Advanced Biofuel produced on a commercial scale across the country. 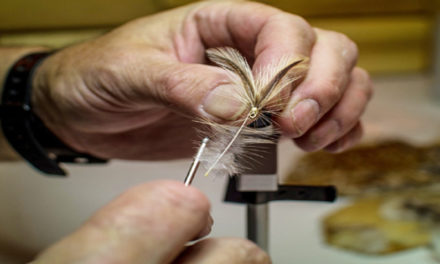