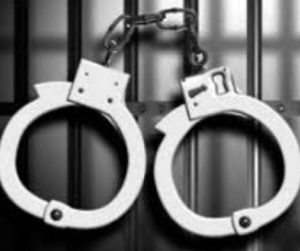 LINN COUNTY, MO – A warrant was reissued for a Brookfield man during a hearing Tuesday after revocation of bond in Linn county.

Shawn Akins, is one of two Brookfield residents taken into custody after drugs and paraphernalia were confiscated at a residence including methamphetamine. A young juvenile was also found by officers in the same room as multiple drug related items, according to a probable cause statement.

Formal charges include felonies for child endangerment, and possession of methamphetamine. Bond was established at $20,000 cash or surety.