WARRENSBURG, Mo.- The City of Warrensburg is holding their city council meeting tonight, September, 14, 2015, starting at 7 p.m. The council will hold their usual closed meeting and study session before the the public meeting. The public meeting will begin with roll call, approval of minutes, and reports from the City Manager and Director of Finance.

Two presentations will be held next after public hearings regarding a constitution week proclamation and public comments on the proposed capital improvements program.

The bulk of the council meeting will come from the first and second readings of listed ordinances. A key first reading of an ordinance will take place as the council will vote to adopt the annual operating budget for the fiscal year beginning October 1, 2015. Another notable ordinance will be voted on regarding the establishment of sewer rate calculations. The council will vote on 10 different ordinances on the agenda after first and second readings.

Other business appearances on the agenda include preliminary plat of Keystone development and the usual mayoral appointments to boards and commissions followed by appearances to the council not listed on the agenda.

After miscellaneous matters from city manager and city officials the meeting will be adjourned. Warrensburg City Council will begin their closed meeting and study session tonight, September, 14, 2015, beginning at 5:30 p.m. and the public meeting will follow starting at 7 p.m. 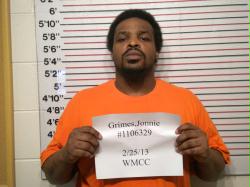