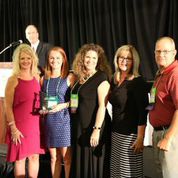 The group was recognized for Top Promotional event for their annual Burg Fest, they received a Business Excellence Award for Old Drum Coffeehouse and Bakery, and they won the award for Top Fundraising Event for Warrensburg Main Street Evening of Excellence.

Turnipseed said it’s the work of many that has made their program so successful.  “We were very excited about all those winnings,” said Turnipseed, “It’s just a tremendous team that works so hard.  As I mentioned, it’s our board of directors, volunteers, businesses, and all of our partners throughout the community.  The city has been a huge partnership in the new streetscapes which is always a huge bonus and a huge asset.  Then, often times, we see private investments follow that public investment and we certainly have seen that through new awnings, painting, and all kinds of things pop up in downtown which is a big part of the revitalization process.”

Three Warrensburg residents were also semi-finalists in their respective categories: City Manager Paula Hertwig Hopkins for Outstanding Public Official, Don Butterfield for the Stick -Out-Your-Neck Award, and Jenn Reasbeck in the category of Volunteer of the Year.

Turnipseed was also recognized for 27 years of service to Main Street during the ceremony.

Volunteer of the Year- Jenn Reasbeck

The Missouri Main Street Program, launched as a non-profit organization in 2005, is designed to help communities preserve their historic buildings and reinvigorate their downtown districts. Four communities including Warrensburg, participating in the Missouri Main Street program reached or surpassed $1 million milestones from private improvements in their historic downtown districts in 2013.

The awards ceremony on July 31 honored those communities along with individuals, businesses, cities and civic organizations that have invested skills and volunteer time to revitalize their downtowns.

Warrensburg Main Street won an award for Top Promotional Event. They were recognized along with several local organizations for their combined efforts for creating a new event in 2013 – Burg Fest. The purpose was to have a family-oriented festival, which had not occurred in Warrensburg during the past 12 years. The festival planning committee included city leaders and staff, University of Central Missouri staff, Big Brothers and Big Sisters members, Warrensburg School District staff, Warrensburg Main Street staff and board members, and citizens in general. After the planning phase, 150-plus volunteers donated their time during the three-day festival. The event was a true representation of partners working together for the common good of the community.

Burg Fest featured local and regional bands, food booths, crafts and information booths, a beer garden, home brew competition and an antique car show. The festival greatly benefitted the businesses that capitalized on the crowds that gathered downtown for the event, with sales tax revenues showing an increase over the weekend compared to the same weekend the previous year.

Warrensburg Main Street and Big Brothers Big Sisters are in the advanced stages of planning Burg Fest 2014 that will be held September 26-28. This year’s festival promises to be fun for the entire community.

Julie Turnipseed, Executive Director was recognized for 27 years of service to Main Street.

“The evening was truly and Evening of Excellence for Warrensburg, it brought well deserved recognition to our Board of Directors, volunteers and partners that work tirelessly for our downtown and community”, said Julie Turnipseed. 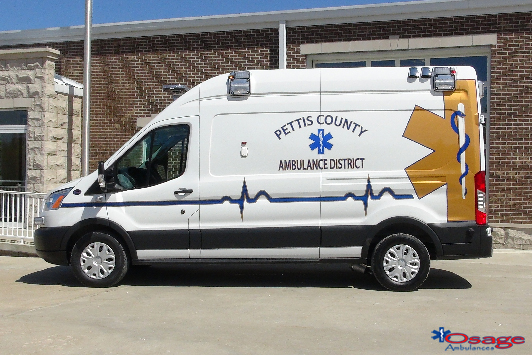 MoDOT to Host Open House Prior to Auction