Weather Has Effect on Missouri Crops 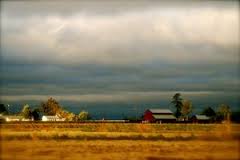 Farms and crops have been continuously plagued by the dry weather in Missouri for the past few years. In the western and central United States there are some severe drought conditions.

For the past four years, the the Pacific Ocean has experienced La Nina conditions. During these periods the sea surface temperatures across the central Pacific can be lower than normal which typically directs the jet stream on a northeast path through Canada.

Storms tend to follow the jet stream and that ends up leaving the western and middle U.S. dry. Professor Lupo says La Nina’s precipitation pattern creates a problem for crops in Missouri.

Tony Lupo predicts later this year, weather conditions will shift to an El Nino pattern which will bring much needed relief from droughts in the western and central United States.

KCS Teams Up With Local Enforcement