A new website says it exposes one national organization’s big-business influence over legislation in Missouri and around the country.

JEFFERSON CITY, Mo. – Money’s influence in politics is nothing new. However, a website called ALEC Exposed.org, revealing one group’s influence over legislation in Missouri and elsewhere, is in fact new. ‘ALEC’ is short for the American Legislative Exchange Council, a powerful group funded by lawmakers and at least 300 corporations. The website shows hundreds of “model” bills that served as blueprints for the “Voter ID” bill and others.

Mary Bottari is director of the Real Economy Project for the Center for Media and Democracy, which created the website. She says citizens need to know more about ALEC, where lawmakers and corporations meet behind closed doors to discuss and vote on sample legislation.

According to the ALEC Exposed website, more than 98 percent of ALEC’s revenues come from sources other than lawmakers’ dues, and each corporate member pays up to $25,000 a year, with additional amounts accepted. ALEC bills itself as the nation’s largest nonpartisan, public-private membership association of state lawmakers.

Bottari says the site includes a list of legislators who are involved with ALEC, as well as the corporations.

“And those aren’t just the Koch industries and the big tobacco companies, but it’s mainstream corporations like Kraft Foods and Coca Cola, and UPS and AT&T. ”

According to Bottari, her organization gained access to the “model bills” when a whistleblower with access turned them over.

Chillicothe School Board to Meet Monday 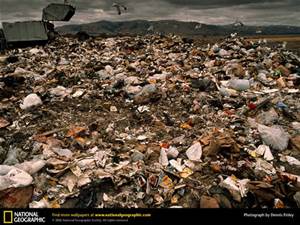 NEW: Study: Twice as much trash put in landfills than estimated